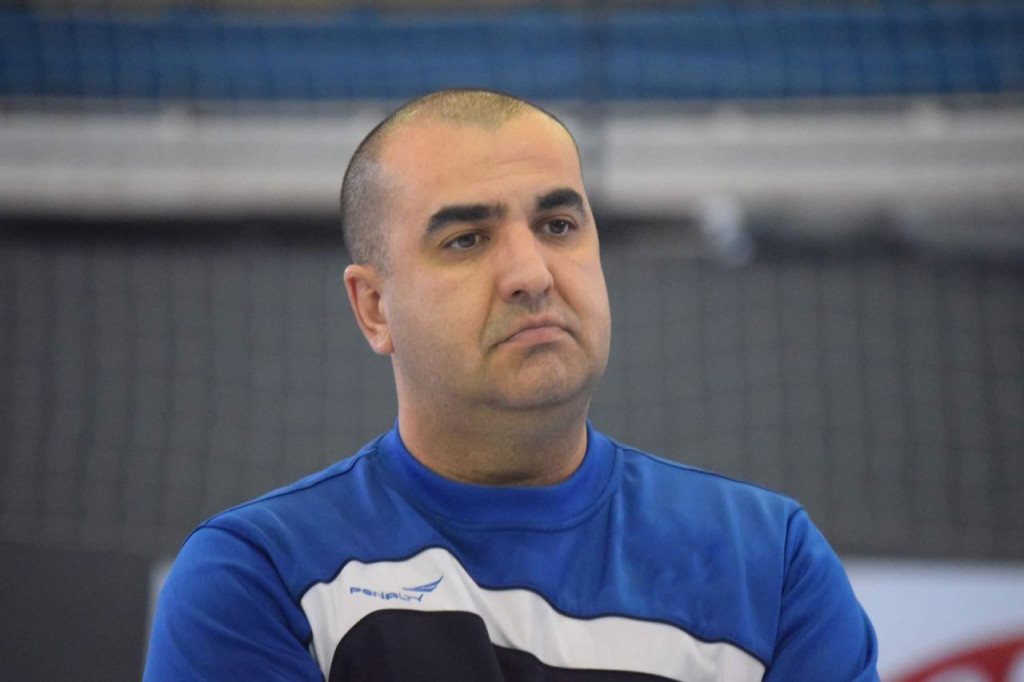 In the new season, the coaching staff of the FC “Gazprom-UGRA” increased its membership with the Brazilian goalkeepers coach Marcus Bianchi, known as Guaiba. – I started my career in a team called “Ubra” in the Brazilian state of Rio Grande do Sul, firstly as an assistant of a physical training coach. At that time, […]

In the new season, the coaching staff of the FC “Gazprom-UGRA” increased its membership with the Brazilian goalkeepers coach Marcus Bianchi, known as Guaiba.

– I started my career in a team called “Ubra” in the Brazilian state of Rio Grande do Sul, firstly as an assistant of a physical training coach. At that time, when I was working at the team, the goalkeepers coach left and I was invited for the position. After “Ubra” I moved to a Spanish team, where I worked for 10 years, and in 2004 I was invited to be the main goalkeepers coach of the Brazilian national team, and now at the recent World Cup I worked with the team.
I’ve never been a goalkeeper myself. Everything I know today, I learned myself with goalkeepers and they themselves have taught me a lot.

– How come you moved to Russia?
– I received a call from Gustavo and he invited me to work with them in the FC “Dynamo”, so that’s how I moved to Russia. I spent two years in “Dynamo”. I really enjoy working in this country and learned a lot: it is quite a different school here, different from the others. I am happy that now I am here, and I hope to do quite a lot of work at “Gazprom-UGRA”.

– Has already managed to learn Russian?
– At first it was hard, I did not understand anyting, but dealing with the goalkeepers, I slowly began to learn the language, plus at “Dynamo” we had a teacher especially for Brazilians, I had lessons two times a week. Now I’m also used to Moscow, feel much better, I’ve made many Brazilian and Russian friends. In “Gazprom-UGRA” all the three goalkeepers speak Russian, so I think I’ll learn Russian more quickly with them.

– Is there any difference between Russian and Brazilian goalkeepers?
– If you compare Russian school, it is more similar to the European one. Therefore, it was relatively easy to get used to and adapt to work with the goalkeepers in Russia after working in Europe. Working here I’ve made some modification in the way I prepare them, but with Gustavo it was easier because he is Brazilian, so it was a little bit harder to work with the other two goalkeepers. We’ve got a lot of work to do yet and, of course, I’ve got a lot to learn. And I always say to goalkeepers – “you teach me something and I teach you something”.

– How are the trainings with our goalkeepers running?
– The very first thing we need to do is to improve the technique and physical preparation. If someone can’t something, they tell me about it, and I adapt to their requests and always teach something new. That’s how my work goes; I teach them individually and give them three some common knowledge.

– Do you already feel any progress?
– Of course, I do. I also see that all the three have a strong interest in the work. I’ve already talked individually to all of them to learn their strengths and weaknesses. Recently I started working with the goalkeepers of our youth team to let them grow either, improve their individual qualities.

– Why do everyone call you Guaiba?
– Guaiba is a city in Brazil, where I was born. Firstly, they started calling me like this at college, bullying me this way, but over time it got attached to me. And today nobody knows me as Marcus in futsal world, but everyone knows as Guaiba. When someone says “Guaiba” everybody at once understands that “this is the coach for goalkeepers”.

Once again I want to repeat that I am very happy to be here, happy that Kaka invited me to your team: I really enjoy working with the whole team and the players. I have a two-year contract, during this time I plan to greatly improve the performance of goalkeepers and would like to help the team win more medals. We got a lot of work to do, and I am glad that we’re all moving together to our common goal.