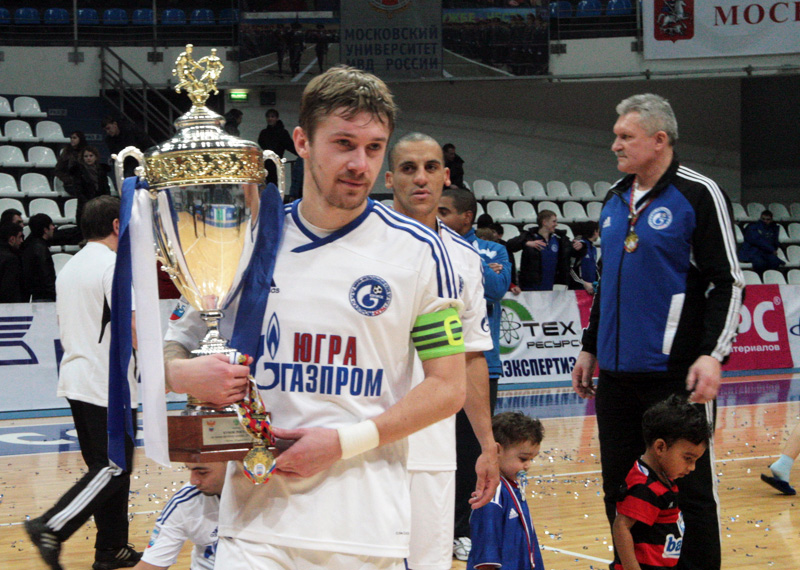 ALEKSANDR KOPEYKIN: IN 25 YEARS “GAZPROM-UGRA” GOES NOT ONLY NATIONAL BUT GLOBAL.

– What are the significant stages in the formation of the team you can note?
– I can point out 1996, when the club won its first medal. Since that year, the formation of the team began. The club grew, developed and with each new season positioned itself more and more, as a contender for medals and the highest positions.
The arrival of every new coach is certainly a significant event, because everyone brings something new, with each new coach the team and the players make a huge leap forward. It is equally important to mention that with each of them it was comfortable to work and move to new victories, the contribution of any of the coaches can be noted as an important stage in the formation of the team.

– What is your most memorable period for the team?
– There have been a lot of things in 12 years such as victories and defeats, ups and downs, but the atmosphere in the team has always been memorable. It has always been friendly, everyone supported and helped each other, together moved forward and gone to one common goal from match to match and from season to season. The club was presented by ambitious players, with whom it was nice to enter the pitch, as well as be outside of it. I remain in an excellent relationship to this day with many of them, with everyone you can remember something and laugh together.
One of the brightest and most memorable moments is, of course, 2015-2016, in which Gazprom won three trophies. I think that this is the brightest episode for the club in 25 years.

– What distinguishes Gazprom-UGRA from other clubs?
– The character that is natural to our team. To never give up and always fight to the last. We have won many games only due to our character.