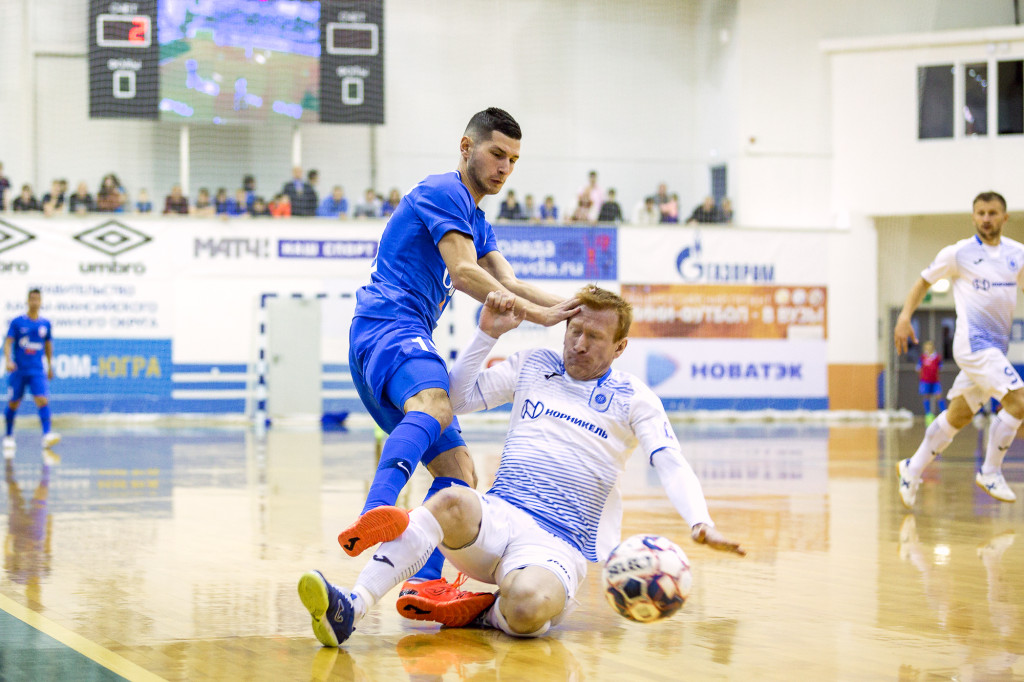 In the first match of the 16th round of the Russian Super League, Gazprom-Ugra triumphs over Norilsk Nickel – 3:2. Goals: Andrey Afanasyev (15′); Caio (43 ‘); Aleksandr Pirogov (45’). Our head coach Temur Alekberov: – The game is very combat and interesting, although there were only a few scores, and we had to wait long […]

– The game is very combat and interesting, although there were only a few scores, and we had to wait long enough for them. Both teams did not sit out in the defense, both teams had moments. The opponent plays very intensively, uses a sufficient number of players, so it was difficult for us. But I want to thank the players, they all approached the game very responsibly. Everyone tried to play at the same speed they started. Slightly smeared the ending, but here you can split the goals. The first goal is a very good kick, and it was difficult to save the gate. The second goal was tactically incorrectly played. In general, the game was played very well.
Our player Caio:

– I would like to thank the opponent. It seems to me that the game was very entertaining for everybody. It is very difficult to play in Norilsk, because Norilsk Nickel has a very high level of players. We managed to build a very smart game. It seems to me that in the first ten minutes we managed to be ahead. Maybe this is what set the tone for the outcome of today’s match. Next, the opposing team tried to fight, and in the end they decided to take a chance and release the fifth field player. Of course they tried, and they almost managed to equalize the score. But, most importantly, we took the three points from here. Now we need to rest, try to repeat the game and make it as beautiful as today.